The second meeting took place at Goethe-Institut Cairo on 20th March 2018 with the goal of expanding, strengthening and consolidating the Egyptian network. The meeting was hosted by Elke Kaschl Mohni, Goethe-Institut Cairo, Menan Farag, DEDI and Mona Shahien, Tahrir Lounge@Goethe.
The meeting was facilitated by Rana Gaber, Ambassadors for Dialogue. All four host and facilitating organisations are Steering Committee or Advisory Board members of NACE. The meeting agenda was designed in a participatory manner with the purpose of providing the opportunity to network, share experiences and best practices, discuss common challenges and opportunities while introducing the participants to NACE visions and values.
Attendance was upon invitation. In addition to the organisations who already attended the meeting in October 2017, the invitation was extended to further actors and institutions in the field of Civic Education in Egypt. Sixteen institutions attended the event with 27 participants in total, among those two freelancers without institutional affiliation.

You are interested in further information about the Egyptian National Network for Civic Education? 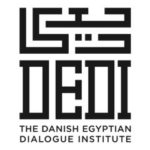 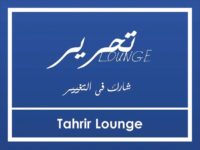